Australians plan for a thrifty FY21 after COVID-19 hit

With the nation in its first recession in 29 years, Australians are resolving to be better money managers this new financial year, according to new research from MyState Bank.

With the nation in its first recession in 29 years, Australians are resolving to be better money managers this new financial year, according to new research from MyState Bank.

MyState Bank asked more than 1,000 Australians what their biggest financial resolutions and concerns are coming into the new financial year (FY21). Overwhelmingly, the research found that more than four in 10 Australians (44%) are resolving to rein in spending on discretionary items over the next six months.

More than half of Australians have shelved travel plans over the next six months despite interstate borders likely to open for domestic travel. Other major areas where consumers are resolving to spend less over coming months include public transportation (43%), home furnishings and décor (37%), food takeout and delivery services such as UberEats and Deliveroo (37%) and clothing and footwear (36%).

Surprisingly, gym memberships are also on the chopping block with more than four in 10 Australians planning to cut back the costs of working out. Meanwhile, Australians are also kicking their vices to the curb with 43% and 35% reducing their alcohol and cigarettes along with their gambling spend, respectively.

According to the MyState Bank research, groceries and household utilities are the only two categories likely to see major increases in consumer spending over the next six months with more than a quarter of Australians saying they will spend more respectively.

“For many Australians, the introduction of social distancing measures has been an opportunity to save more than ever before on expenses from public transport to dining out at restaurants,” said Heather McGovern, MyState Bank General Manager, Customer Experience.

“Being isolated has also compelled more Australians to consider new and more innovative and cost-efficient ways of doing things, like swapping out memberships at physical gyms for fitness apps. Our research indicates that Australians are likely to prolong their savvier spending habits even after social distancing measures have lifted.”

“At this time of economic uncertainty, we are pleased to see Australians cutting back where they can to find a greater sense of financial balance.”

Among the nation’s most common new financial year resolutions were starting and maintaining a budget which over a third of Australians pledged to do. Meanwhile, building an emergency fund and haggling providers for a better deal on big household bills was a key goal for more than one in five Australians, respectively.

MyState Bank’s research found that overwhelmingly, the nation’s economic outlook continues to be the major concern for 67% of Australians heading into the new financial year. The research found more than four in 10 Australians reported concern with not having enough savings while 26% of Australians are equally concerned employment outlook and slow wage growth.

“While recovery is well underway, the majority of Australians expect long-lasting effects on the economy from COVID-19,” said Ms McGovern said. “With economic growth likely to be in the red over the coming quarter, there are a few steps Australians can take to give them confidence to navigate the future economic uncertainty.” Here are MyState Bank’s tips on how to find a greater sense of financial balance:


Notes on research:
Nationally representative survey conducted by Pureprofile of 1,009 Australians aged 18 years and over between 1 and 4 June 2020. 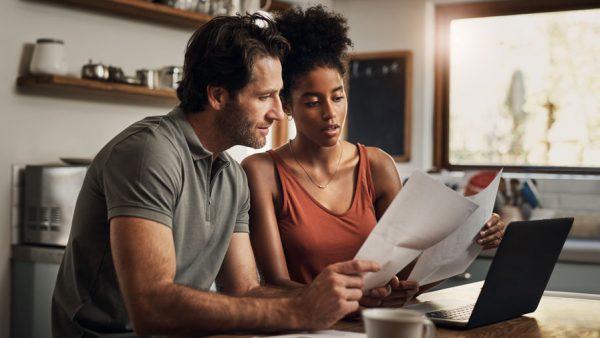